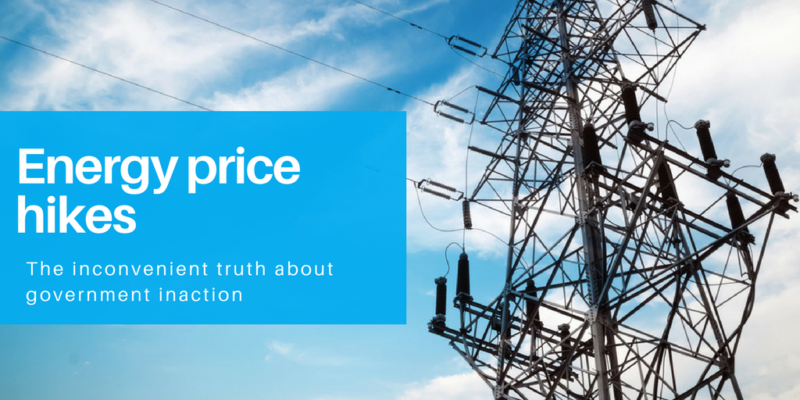 But as the destructive wave of price hikes for both consumers and businesses looks set to continue unabated, the question is: when will the government take action?

Why are energy prices rising?

Part of the answer lies with supply and demand in the gas market. Australia is exporting more and more gas, causing a supply shortage here at home – and because gas is used in electricity generation, power prices are impacted.

The costs of generating wholesale electricity is also to blame. This is affected by global energy prices and the costs of maintaining and upgrading generation and distribution networks. Some of Australia’s ageing generators are shutting down, such as the recent closure of the Hazelwood coal generator, which adds to the strain and further limits supply.

And then there’s the political aspect, with deep divisions between recent governments at both the state and federal level. Australia is in the grip of an energy crisis and the lack of a coherent climate and energy policy has badly hurt both consumers and businesses. Government flip-flopping and the continued ideological debate has led to a sustained period of inaction over the very real issue of sustainable energy prices.

It was back in the 1990s that Australian governments began to break up the elements of the electricity supply chain and introduce competition. But competition hasn’t delivered what was promised: lower prices for consumers. Instead, prices have soared and consumers are now paying nearly twice as much for electricity than they were 10 years ago.

Lower price deals are available, but most consumers find the market so complicated they’ve given up trying to find them – so many Australians, including some of the most vulnerable, are faced with rising costs they simply can’t afford.

Figures released by comparethemarket.com.au reveal that more than 40 per cent of Australians will turn their heaters off this winter to combat bill shock – and many of these are our elderly. People who can’t afford high energy prices are rationing their usage at the times they need it most.

This is not just an energy problem. It’s also a social one.

News of the impact of the crippling price increases on businesses is everywhere.

Businesses coming off multi-year electricity contracts signed when the power market was in oversupply will suffer most in the wave of retail price increases, seeing jumps in their total energy bills that dwarf the up to 20 per cent hikes that some households are facing.

A hardware manufacturer in Sydney’s west, the Alchin Long Group, tells of a near doubling of their electricity pricing which will see them rethink plans to move jobs back onshore from China.1. Telstra has reportedly seen it’s energy costs rise by $100 million in the last year.2. And just weeks ago, facing a $100,000 increase in their monthly power bill, family-owned recycling business Plastic Granulating Services in South Australia closed their doors after almost 40 years in business, leaving 35 employees out of work.3.

At Emjay Insurance Brokers, we know our clients are feeling the pinch too. One of our manufacturing clients has told us that their electricity costs have risen by more than 60 per cent over the last 12 months.

How can any business possibly absorb these ever-increasing prices and still keep their doors open?

The continuing increase in electricity prices should be causing households and businesses to embrace new technologies and energy efficiency measures to cut their power usage. But, for many, it’s just too expensive.

Energy markets are admittedly complicated things. However the logic is unassailable that if a cheap and reliable product is penalised, while expensive and less reliable substitutes are subsidised, the latter will displace the former. At the very least, government backing around the adoption of energy efficiency measures is a must.

Australia’s energy prices are already among the highest in the world and are going higher. Meanwhile, our politicians are mired in debate about whether climate change is real and whether renewables are to blame for an energy market in crisis.

It’s time for both sides of politics to end the political point scoring. It won’t bring energy prices down. SMEs are the engine room of Australia’s economy. The nation’s more than 2 million SMEs are important employers. In fact, businesses with fewer than 20 employees account for roughly 45 per cent of private sector employment. But more than this, they also help fund roads, schools, hospitals, welfare and more. What happens when they all start closing their doors because they can’t afford to pay their energy bill? What’s the fate of our economy then?

It’s time for us all to speak up and say “enough is enough”. If government won’t act, then we must. Contact your state and federal representatives. Let them know of the drastic impact energy price hikes are having on your business. It’s time to let them know that this is an issue they can no longer ignore.

Emjay Insurance Brokers provides risk management advice and solutions to businesses of all sizes. They make it easy for you to access the advice and services you need to ensure your business is protected. Contact us today to discuss your needs on (02) 9796 0400. 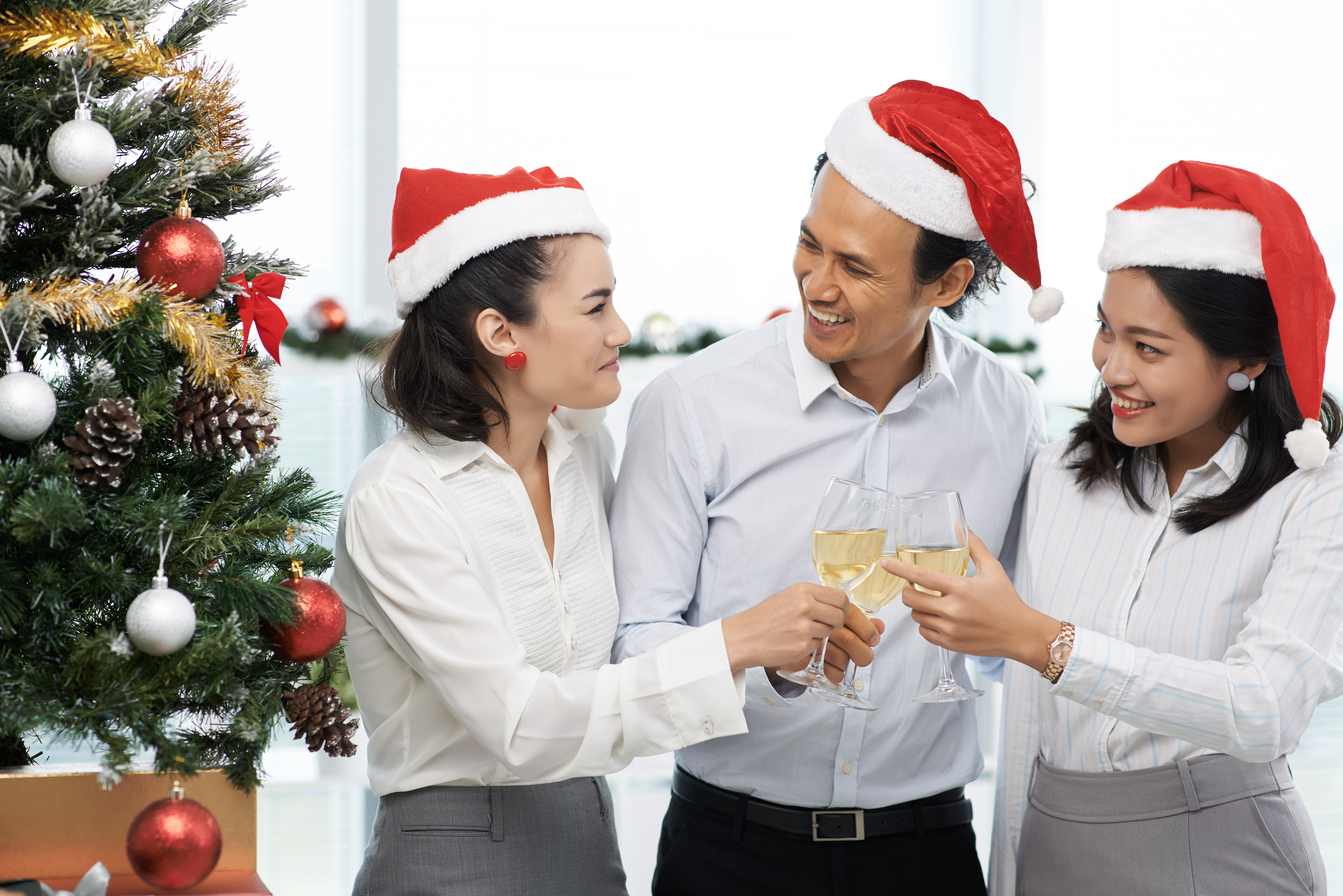 We all know that end of year Christmas celebrations can be fun, and provide an excellent opportunity to celebrate the… END_OF_DOCUMENT_TOKEN_TO_BE_REPLACED 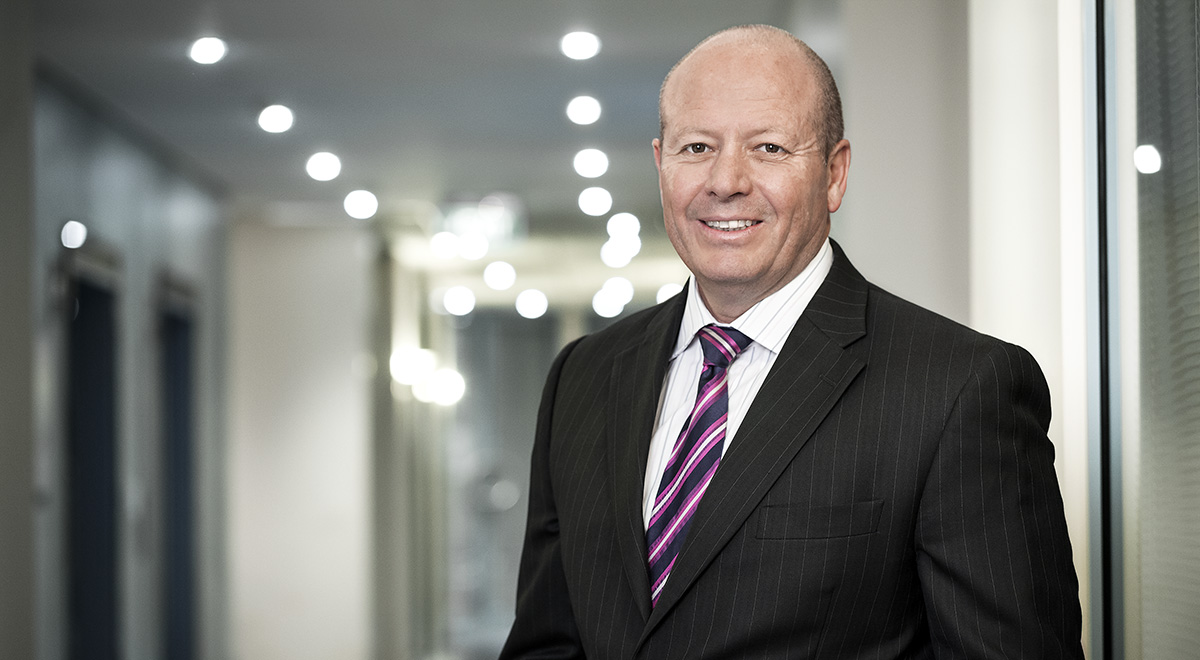 Emjay Director Up Broker Of The Year Award

Last week we were very pleased to receive confirmation that Jeff Murdoch, one of Emjay Insurance Brokers’ Directors, was one… END_OF_DOCUMENT_TOKEN_TO_BE_REPLACED 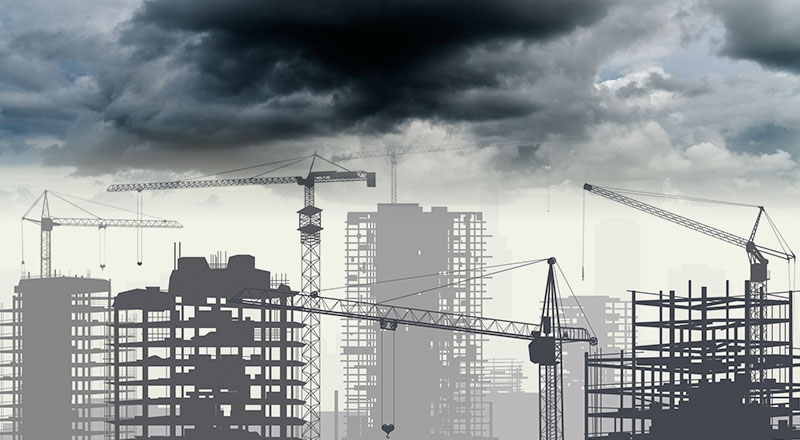